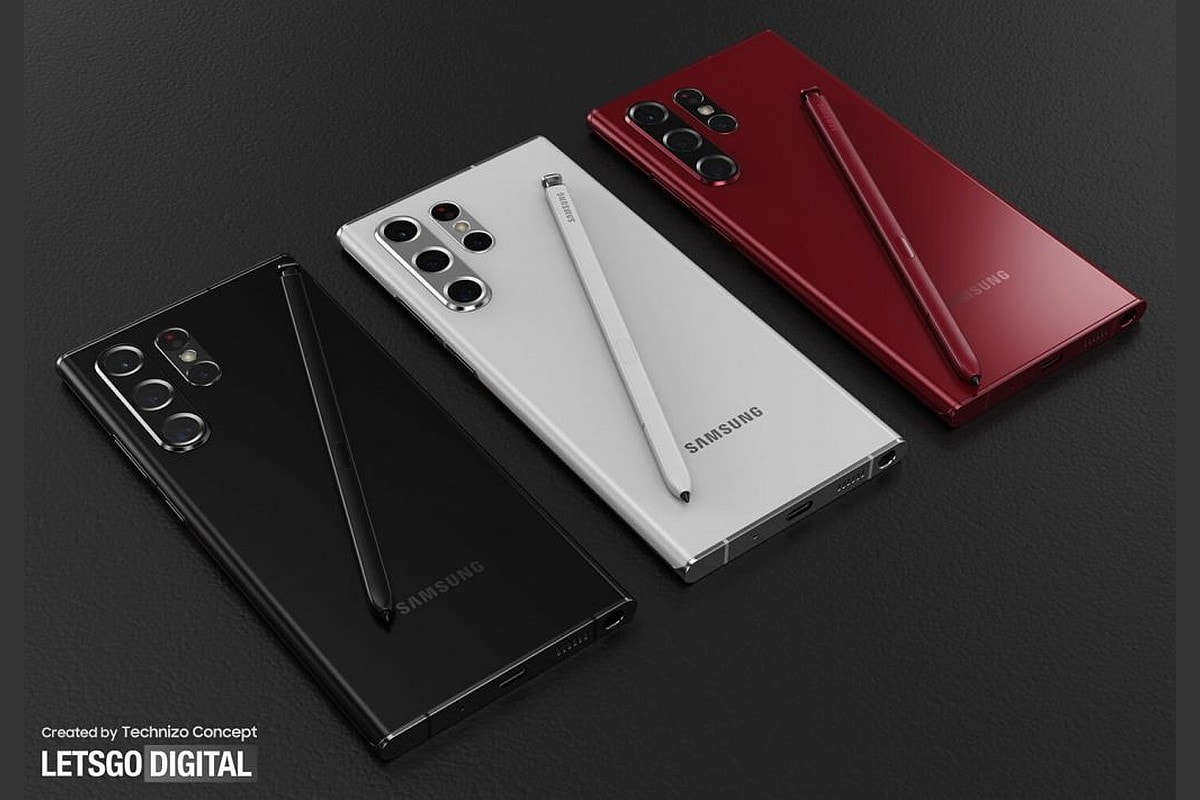 The new and updated renders of Samsung Galaxy S22 Ultra were shared by tipster Parvez Khan (aka Technizo Concept), in collaboration with LetsGoDigital. The report mentions that the upcoming Samsung smartphone will not get a P-shaped camera module, as seen in the renders shared by Hemmerstoffer last month. Instead, the renders show that the Galaxy S22 Ultra’s cameras will be placed at the same position but will be housed in two separate camera islands.

The publication also mentions that the unique P shape for the camera module was derived from the dummy models that Samsung provided to case manufacturers to test new covers for the Galaxy S22 Ultra.