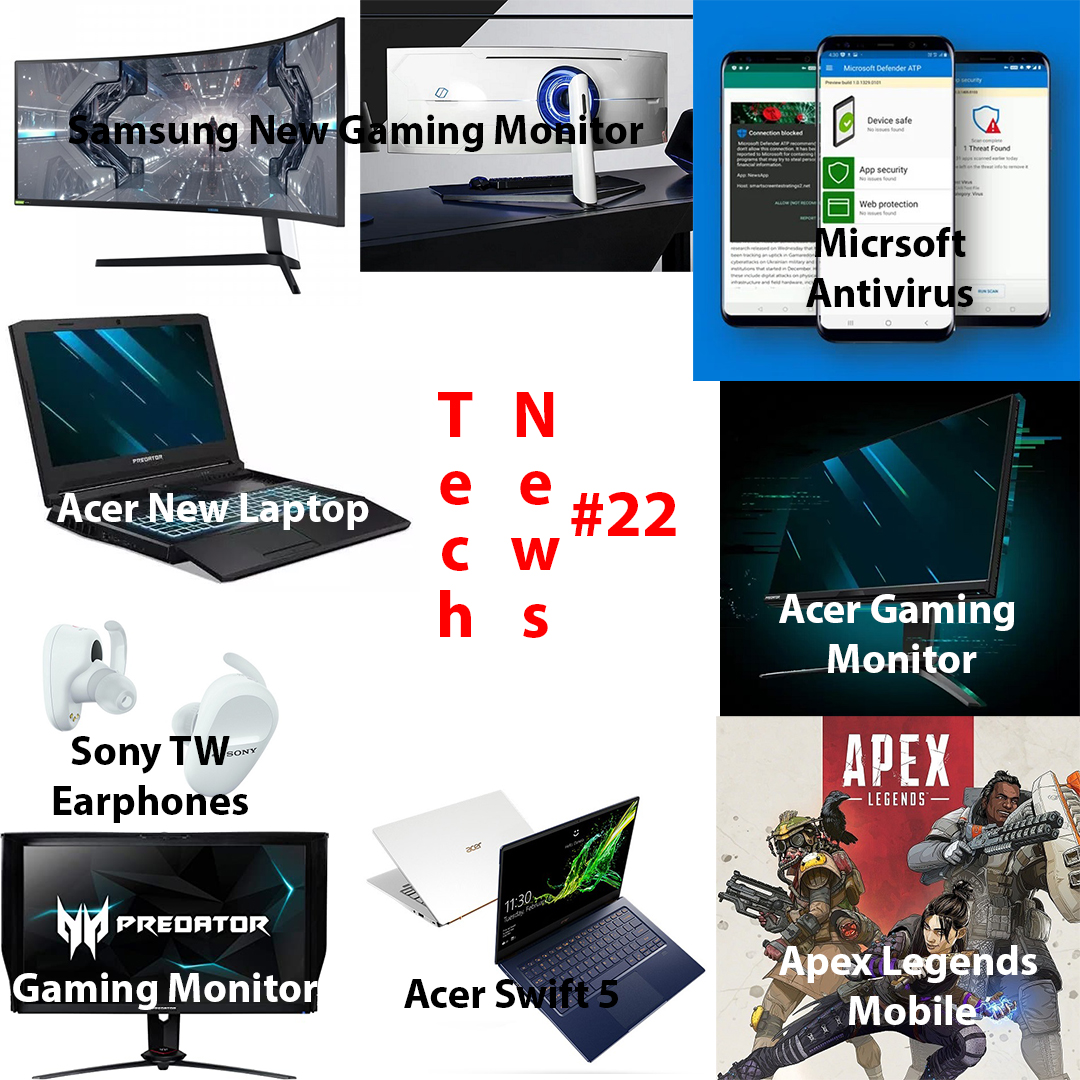 The pricing of this monitor has not been revealed by Samsung but they have confirmed that the monitor will go on sale globally this month.

Alongside its gaming series of laptops, Acer also revamped its Swift series of laptops. This new 2020 Swift series is said to come with 11th Gen Intel Processors with integrated graphics which will be based on Intel’s new Xe graphics architecture. The Acer Swift 5 (2020) will start at $999.99 (around Rs. 75,600) and will be available for purchase in the US, Europe, the Middle East, Africa, and China from October.

With a bunch of laptops, Acer also launched a few gaming monitors. Acer X25 features a 24.5″ (1920 x 1080) display with a 360 Hz refresh rate. It also has the latest NVIDIA G-SYNC processors and comes with LightSense technology to automatically adjust the brightness and colors of the display based on the surroundings.

Microsoft has launched a preview version of its antivirus software Microsoft Defender ATP for Android today. The app provides protection against phishing. It can scan for malwares instantly and also warn users about potential unwanted apps (PUA). The app also provides protection on the web against harmful websites and unsafe network connections. The app is still in preview and an app for IOS is also under development.

Apex Legends is a free cross-platform battle royale game that is available for PC, XBOX, PlayStation, and soon for Nintendo. During an investor’s call, EA’s CEO Andrew Wilson said that they are also planning to bring the game for mobile as well as early as the end this year.

Sony’s WF-SP800N and WF-XB700 True Wireless Earphones have been launched in India. They offer up to 18 hours of battery life and are IPX4 water resistance, Quick Charge technology, and Bluetooth 5.0. The Sony XB700 is priced at Rs. 9,900 and is available for purchase from today onwards. The Sony SP800N is priced at Rs. 18,900 and will go on sale on June 26.