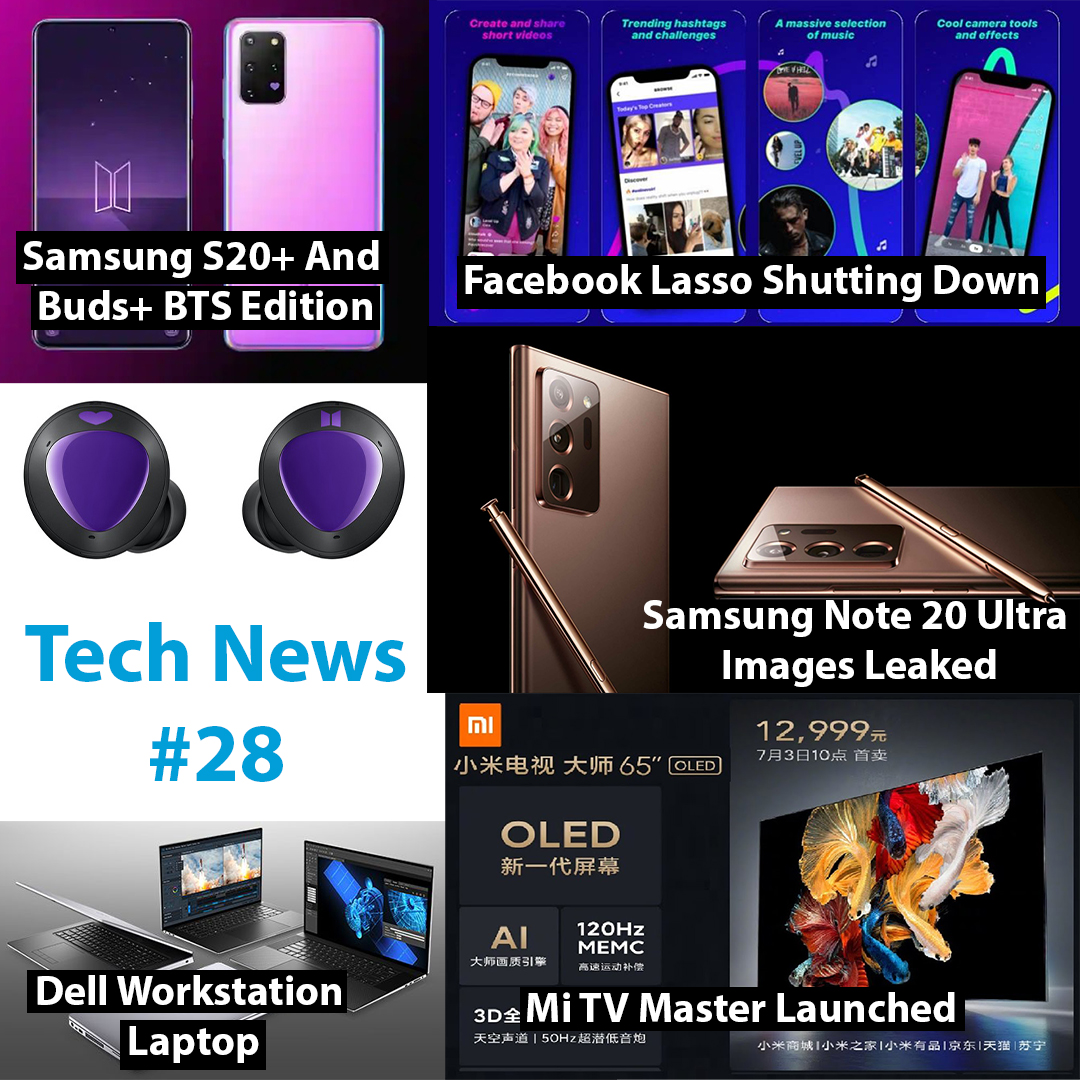 Samsung’s official Russian website accidentally leaked high-quality images of the upcoming Samsung Galaxy Note 20 Ultra. This color is supposedly called “Mystic Bronze” as tipped by 9To5Google. The images have been removed from the website now but Max Weinbach was able to spot and capture them before the page went down.

Dell Precision 5550 has been launched in India today. The laptop has 10th Gen Intel processors with Nvidia’s Quadro GPUs. You can either choose between FHD+ (1920×1200) display or UHD+ (3840×2400) display. The display supports HDR400 standard which is great for creators. The laptop also features two Type-C Thunderbolt ports, an SD card slot, and a USB 3.2 (Gen2) Type-C port. The price of the base model is Rs. 1,29,999 and goes up as you configure it with greater specs.

Facebook is shutting down Lasso, their version of TikTok, this month. Lasso is sending notifications to its users that the app is shutting down on 10th July and prompts users to save their videos before that date. According to an article from The Verge, Facebook wants to give more focus to Instagram’s Reels feature which is a video editing tool that lets users create TikTok styled videos.