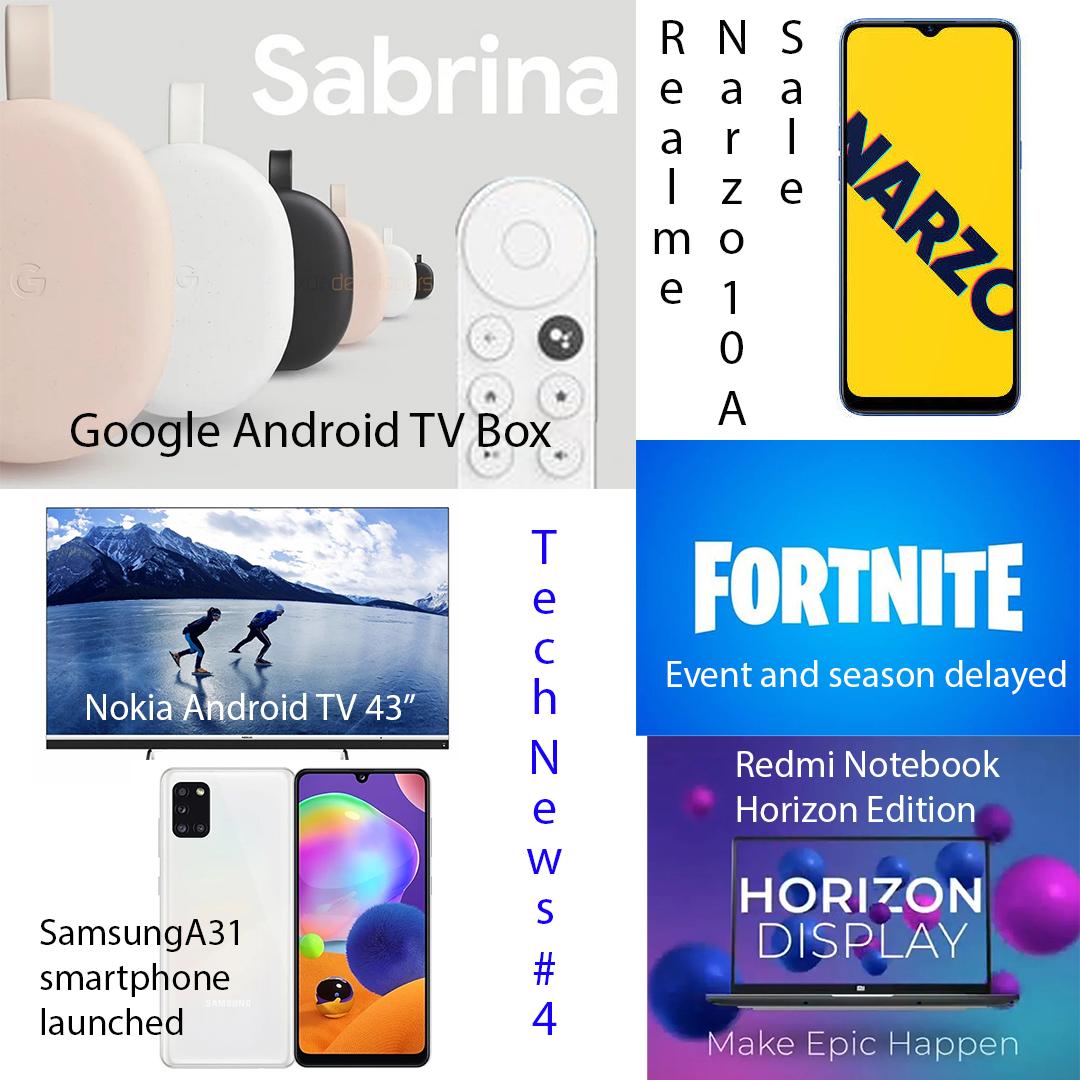 Their recent tweet tells that due to the current outrage on the death of George Floyd and the protests, they said “The team is eager to move Fortnite forward, but we need to balance the Season 3 launch with time for the team to focus on themselves, their families, and their communities”.

Their live event “The Device” will be held on June 15 and season 3 is delayed to June 17.

Mishal Rahman, an XDA member posted an article about an upcoming device that is reportedly coming out with Pixel 4A.

They found a video from a leaked firmware. This new device will also come with a remote and a UI.

You can see the whole news and leaked images here.

3. Samsung A31 launched in India

Samsung’s new smartphone Galaxy A31 has been launched today in India which is the successor of the Galaxy A30.

The smartphone comes with a 48mp quad camera, Full HD+ AMOLED display, 5000 mAh battery, and a 15W charger in the box.

The 6 + 128 variant of the smartphone is priced at 21,999 rupees and is available for purchase from today. You can checkout the phone from the below link.

The TV comes with 2.2 GB RAM and 16 GB storage with built-in Chromecast, Google Assistant, and Android version 9. The TV also supports Dolby Vision technology. The TV will go on sale on June 8.

Realme’s new budget smartphone Narzo 10 A is going on sale tomorrow at 12 PM on realme.com and Flipkart. So if you were waiting, tomorrow is your chance.

Mukul Sharma, a well-known leaker recently tweeted out that Mi Notebook Horizon Edition is going to be one of the laptops that are coming on June 11.