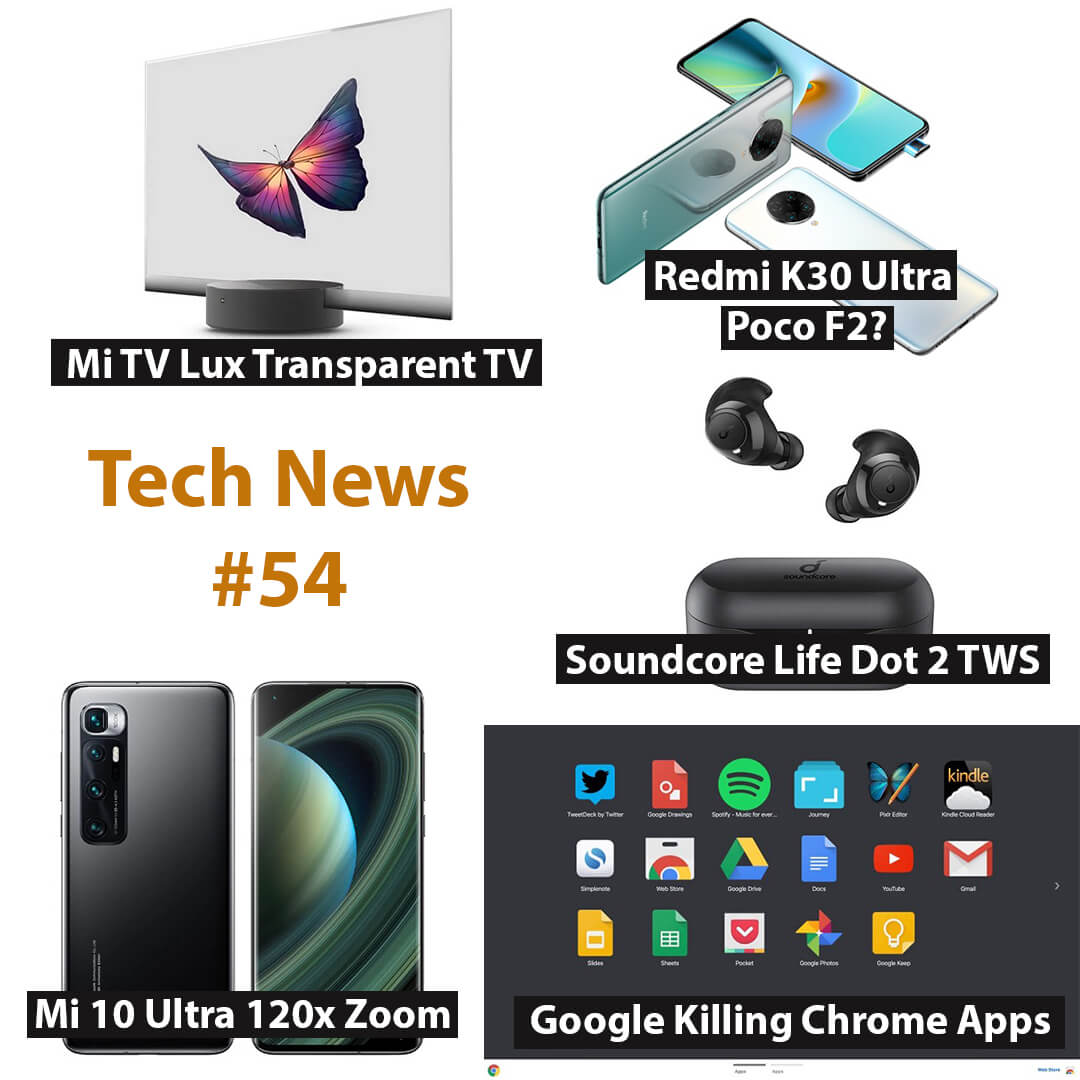 Xiaomi launched a bunch of new products today marking its 10th anniversary during a virtual event. In the event, Mi TV Lux Transparent Edition was announced by Xiaomi In China. According to Xiaomi, this TV is a mixture of “cutting-edge display technology and exquisite industrial design”.

The TV has two 8W speakers with support for Dolby Atmos and Dolby Digital Plus and DTS-HD. The Mi TV Lux Transparent Edition also allows access to the Xiaomi AIoT ecosystem and is compatible with Airplay and Miracast.

The Mi TV Lux Transparent Edition is priced at CNY 49,999 (approximately Rs. 5.37 lacs) and will go on sale in China starting August 16.

Mi 10 Ultra has also been launched in the 10th-anniversary virtual event of Xiaomi today.

Mi 10 Ultra has a quad rear camera setup including a 48MP primary sensor, a 20MP ultra-wide sensor, a 12MP portrait camera, and Sony IMX 586 periscope-style telephoto sensor with support for 120x ultra-zoom. On the front, it has a 20MP selfie camera. The phone also packs a 4500mAh battery with 120W fast charging support and 50W wireless fast charging.

Redmi K30 Ultra, which was in rumors for quite a while, has finally been unveiled by Xiaomi in China today.

On the rear, Redmi K30 Ultra features a quad camera setup including a 64MP primary sensor, a 13MP ultra-wide sensor, a 5MP macro camera, and a 2MP depth sensor. On the front, it has a 20MP pop-up selfie camera. It also has a 4500mAH battery with 33W fast charging support.

It can run for 8 hours on a single charge and the charging case can give a total of up to 100 hours of playtime. The case charges via Type-C port and it can deliver 90 minutes of playtime with a 10-minute charge. The earbuds can be charged in 1.5 hours.

The Soundcore Life Dot 2 TWS by Anker are priced at Rs. 3,499. They come in a single black color variant and are available for purchase through Flipkart.

Here’s the timeline shared by Google on how the Chrome Apps will stop receiving support in phase:

June 2020: End support for Chrome Apps on Windows, Mac, and Linux. Customers who have Chrome Enterprise and Chrome Education Upgrade will have access to a policy to extend support through December 2020.

June 2021: End support for Chrome Apps on Chrome OS. Customers who have Chrome Enterprise and Chrome Education Upgrade will have access to a policy to extend support through June 2022.

June 2022: End support for Chrome Apps on Chrome OS for all customers.

2. Twitter rolls out Limited Reply Feature to everyone which lets users to decide who can respond to their tweets.