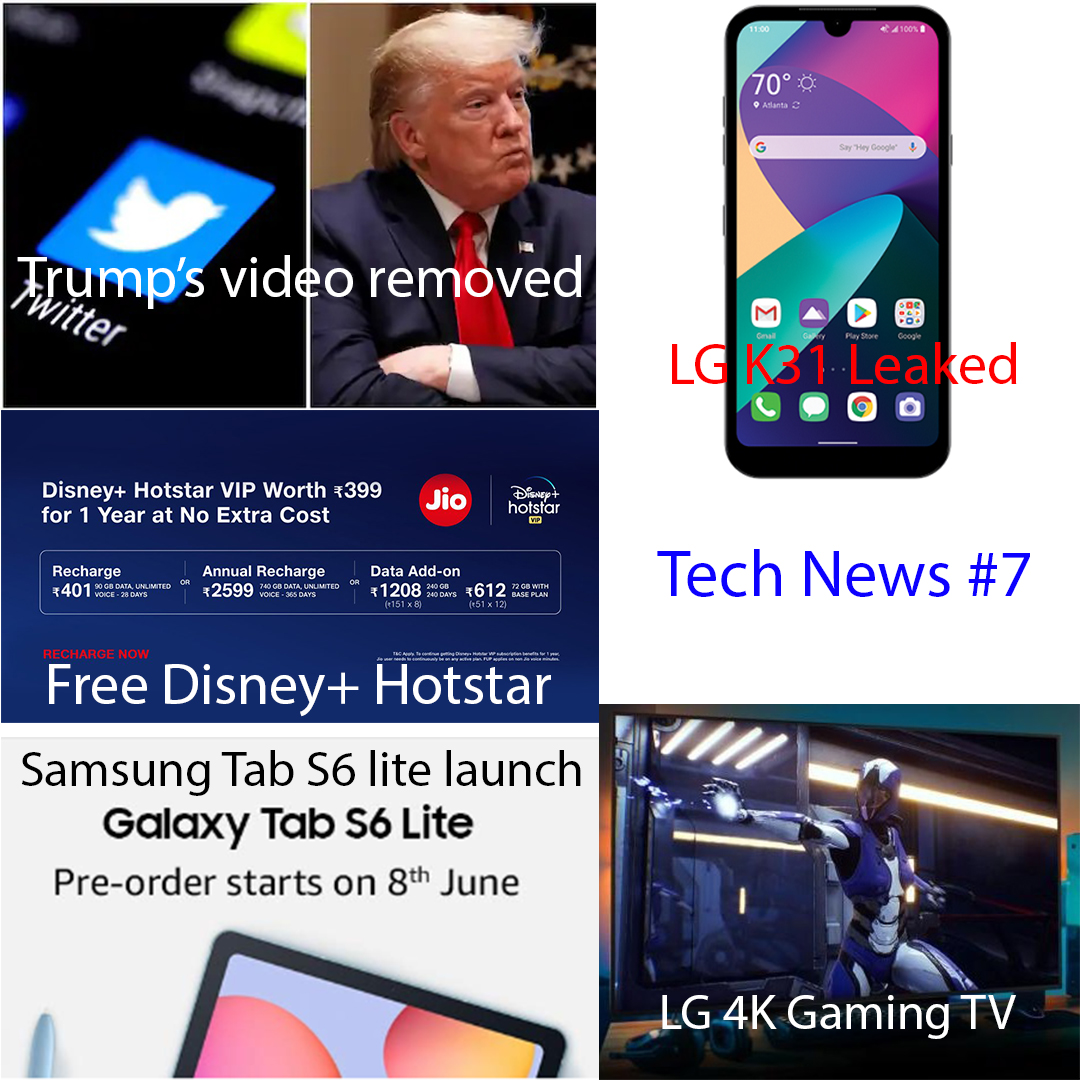 Jio had been teasing the Disney+ Hoststar free subscription and today Jio has finally unveiled it.

Jio is offering free 1 year Disney+ Hotstar subscription in it’s selected plans. You get a free subscription on 401 and 2599 rs recharge plans and also on 1208 and 612 rs data add-on packs. You can avail the offer by doing a recharge of one of these plans.

Amazon has made a dedicated listing page for the Samsung Tab S6 lite. The pre-orders of the tablet is going to start tomorrow on amazon.

Donald Trump twitted that the campaign video was to show empathy for peaceful protestors and said it was illegal to remove it. Twitter CEO Jack Dorsey replied to this tweet by saying “Not true and not illegal. This was pulled because we got a DMCA complaint from the copyright holder”.

LG K31 has been listed on Google Play Console. The LG K31 supposedly has a 5.7″ HD display with MediaTek Helio P22 and a mere 2/3 GB RAM. The price is yet to be discovered.

LG is going to launch a new gaming-centric TV with 120Hz display and NVIDIA G-Sync support. The TV will have a 48″ 4K panel with very thin bezels.

The TV is expected to go on sale this month in the US and will be priced at $1499.