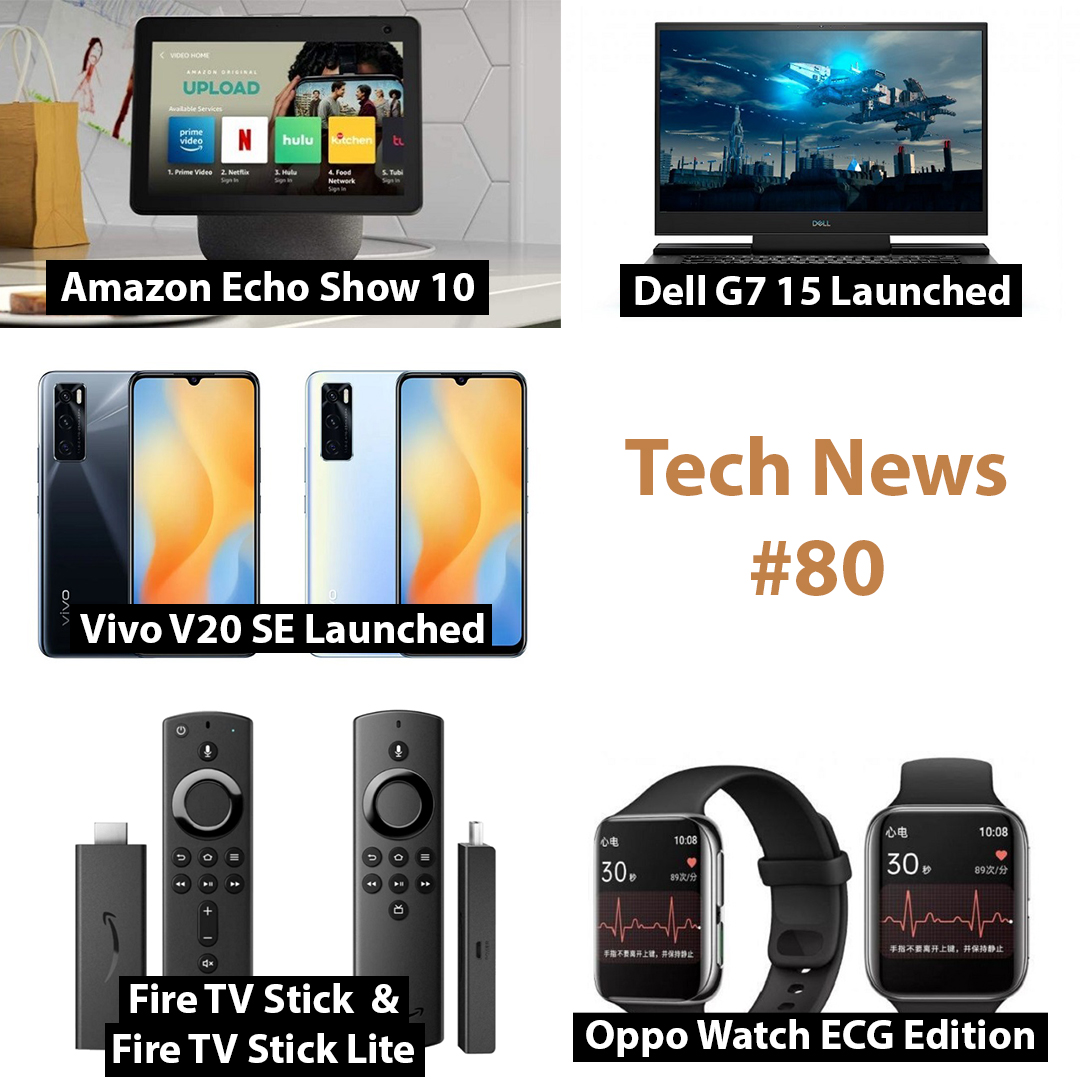 Amazon Echo Show 10 has been introduced. The Echo Show 10 supports a motorized base that swivels automatically to keep you in the frame, whenever you interact with the device. Amazon also announced that Echo Show devices will be getting Netflix support. Along with that, users will also be able to stream content from Hulu and Prime Video.

The Echo Show 10 features a 10.1″ adaptive HD display that moves to face the user. It has a brushless motor system that allows it to rotate without any sound and track the subject. It comes with a 13MP wide-angle camera.

The Echo Show 10 is powered by the new AZ1 processor which according to the company can process speech faster, making Alexa more responsive. Echo Show 10 can also act as a security camera by periodically panning the room and sending smart alerts if it detects someone. With the Alexa app, you can access the live feed from the Echo Show 10’s camera from anywhere.

The new Echo Show 10 is priced at $249.99 (approximately Rs. 18,400) in the US and will be offered in two color options – Charcoal and Glacier White. The exact date of the availability is not been announced yet.

There is a triple rear camera setup that includes a 48MP primary sensor, an 8MP sensor with an ultra-wide lens, and a 2MP depth sensor. The phone also has a 32MP front camera. The phone also packs a 4100mAh with 33W fast charging support.

The sole variant of the Vivo V20 SE is priced at MYR 1,199 (approximately Rs. 21,300). The phone comes in Gravity Black and Oxygen Blue color options and is currently limited to the Malaysian market.

There is not much difference between the older and the newer generation of the Fire TV Stick in terms of design and features. The only difference is a new 1.7GHz quad-core processor that is claimed to be 50 percent more powerful than the previous generation of the device.

The user interface is also redesigned for Fire TV OS that includes user profiles, improved search and content discovery, and access to Amazon’s Alexa voice assistant. There is 8GB of internal storage for apps and app data.

The Fire TV Stick Lite is identical to the regular Fire TV Stick in terms of design and specifications. It supports streaming content at FHD (1920 x 1080) and 8GB of internal storage. It also comes with the same redesigned Fire TV OS.

The Dell G7 15 made its first debut in the US in June and now has finally arrived in India.

The audio is handled by two speakers with Nahimic 3D Audio. There is also a 720p webcam on the Dell G7 15. It also has an 86Wh battery with 2.1kg of weight.

This variant runs on ColorOS Watch based on Android. The Oppo Watch ECG Edition is powered by the Qualcomm Snapdragon Wear 2500 processor and an Apollo 3 co-processor. It comes with 1GB of RAM and 8GB of storage.

The smartwatch has a 430mAh battery that the company claims to deliver 40 hours of battery life with regular use and 21 days on the Power Saver mode. It also supports VOOC fast charging technology.

The Oppo Watch ECG Edition is priced at CNY 2,499 (approximately Rs. 27,000) and is up for sale in China. There is no word on its global availability yet from the company.

6. Renders of the Nokia 7.3 leaked. Tipped to come with quad-rear cameras and  Snapdragon 690 processor.

7. New generations of Amazon Echo and Echo Dot launched in India. The price starts at Rs. 4,499.